In this article, we’ll take a look at the different ways in which Cannabidiol (CBD) can be consumed.

We’ll be looking at how individual consumption methods affect the way in which each preparation is absorbed and how each method of ingestion has different effects and potential benefits.

CBD is a legal naturally occurring Cannabinoid found in Cannabis. Although similar to THC, CBD isn’t psychoactive in the same way so isn’t subject to the same stigma and stringent legal restrictions.

Cannabidiol (CBD) has exploded onto the UK market in recent years, since
MHRA’s decision to license CBD as a medicine which subsequently created the legal grey-area that allows for CBD to be sold as a food supplement, bringing with it a great variety of products and means of consumption.

Let’s break down these various consumption methods into different types or groups. For convenience sake in this piece, we’ll be categorising the methods into the following subsections.

These methods share the same delivery route – the bloodstream via the lungs.

There are a variety of ways to consume CBD this way, these are: Combustion, Vaping or Dabbing.

Consumption of Cannabinoids by combustion or vaporising has the advantage of being the fastest absorption method.

Within seconds of the smoke/vapour hitting the lungs, the chemicals contained within are circulating the bloodstream interacting with CB receptors all over the body and brain.

This means of ingestion also maximises the effects of individual Cannabinoids by being absorbed directly into the blood and not having to be metabolised via the liver thus lessening the effects and delaying the onset as a result of the first-pass effect.

Seed companies are scrambling to produce Hemp and Cannabis flowers rich in CBD and other currently legal Cannabinoids that are also less than 0.2 THC. (The current European and UK legal limit)

Unfortunately, however, the draconian laws in the UK mean that you couldn’t legally grow those seeds or any other genetics regardless of how low the THC content. This is because it is illegal to grow any genus of Cannabis without a license from the Home Office in the UK.

Another interesting development in the legal Cannabinoid combustibles market is CBD Hash, which is derived from Hemp with added Cannabis Terpenes and has an average CBD content of 5% and trace to 0.1% of other Cannabinoids like CBC, CBG, and THC.

There are a few different ways to vape CBD. One method that is currently growing in popularity is the consumption of vape liquids that work in the same way as Nicotine juices.

Vaping CBD gives all the natural health effects of botanical herbs, and you can feel safe in the knowledge that you’re avoiding the harmful toxins and carcinogens that come from smoking.

Also, a little really does go a long way, as it allows almost four times as much CBD to enter your circulation for a maximum bioavailability of roughly 50 to 60%.

C02 oil is a concentrate produced by using expensive botanical extractors that use pressure and carbon dioxide to separate the plant material.

The amber coloured oil it produces is mixed with polypropylene glycol, a medical-grade solvent which gives the liquid its consistency.

It is most often used in vape pens and sold in disposable cartridges that can be consumed quickly and discretely everywhere as the cartridge gives the appearance of a simple nicotine vape.

Using a special rig, bong or dab pen, Cannabinoid extracts are dropped on to an attachment known as a nail (or coil in a vape pen), which is heated either using a blow torch or an electronic nail to produce a high enough temperature so that the concentrate vaporises on impact.

It is then inhaled for an immediate, intense and a rather potent effect. Dabbing produces vapour not smoke, so again reduces any potential harms from combustion.

Demand for CBD concentrates has been steadily growing in the UK for years and as with its illegal sister THC, CBD extracts come in all shapes and consistencies.

Although all of the above are different end products, the production process is typically the same. They’re all produced using solvents and classified as BHO Butane Hash Oils.

Dabbing extracts like these is another fast way to get cannabinoids into your system.

When Cannabinoid-rich oils are ingested subliminally, they should be held under the tongue for 60-90 seconds before swallowing to ensure maximum absorption.

When placed under the tongue, the oil is absorbed through the mucous membrane and enters the venous circulation making it a rather quick and efficient cannabinoid delivery route.

Sublingual ingestion is the second fasted method of consuming CBD after vaping or smoking. It takes on average 20-30 minutes before effects are noticeable. They can last 4-6 hours depending on the individual.

In contrast, when orally ingested it is subject to the first-pass effect, which reduces the potency and absorption time by having to be metabolised via the liver.

There are various products that utilise the same sublingual absorption mechanism

A cannabis tincture is a Cannabinoid infused compound that is applied directly under the tongue (Subliminally). They enter the bloodstream much faster than capsules, infused foods or drinks as they are absorbed quicker by avoiding metabolism in the liver.

The most famous of these types of Cannabinoid medications is Sativex.

Sativex is a sublingual mouth spray that is a THC heavy 1:1 ratio Cannabinoid product that uses Alcohol as a carrier. Although other viscous liquids can be used too.

CBD chewing gum is evolving in much the same way Nicotine gum did. First arriving on the market with a good concept but overall poor experience.

However, that seems to be a thing of the past. It benefits from being discreet, convenient and while chewing it freshens your breath while you absorbed the cannabinoids through the same mechanism as subliminal consumption.

Again, this method utilises the same delivery method as those breathe freshening strips that had a rather brief day in the sun in the UK in the mid-2000’s and is absorbed subliminally. This also benefits from being subtle and pocket-sized.

Ingestion via oral consumption or simply eating CBD is a traditionally popular way of consuming that is now becoming more ubiquitous.

Oral ingestion can be broken down into these three main groups

A staple of cannabis consumption for generations the edible has traditionally been a great slow delivery method for ingesting Cannabinoids. CBD edibles are no different from gummy bears to Cookies, Breath mints to Popcorn. CBD oil is being infused into all manner of sweet and savory treats.

Essentially there is no limit as to what foodstuff can be made into edibles. The only limit is your imagination and current culinary ability.

Capsules are one of the most convenient ways to ingest CBD.

They provide discretion, convenience, and consistency when dosing.

Typically, CBD capsules range in strength from 10mg to 100mg and are either produced using FECO or adding CBD Isolate to cold press Hempseed oil.

Using capsules stops people from having to experience the taste and viscosity of the oil. Most people don’t mind it, however there are some who find it unpleasant.

The tradeoff here is that it will be subject to the first-pass effect and will subsequently have reduced potency and a delayed onset as it is metabolised by the liver.

CBD crystalline is 99% pure CBD that’s extracted from Cannabis/Hemp. It has zero trace amounts of other Cannabinoids, Terpenes or the other minor but vital components necessary for the entourage effect.

Isolate isn’t absorbent in water but can bond with fats in food so can be utilised in various foods and preparations.

A recent development in the legal Cannabis world is water soluble cannabinoid isolates, as Cannabinoids are naturally crystal formations or a viscous liquid as an oil. They’re non-soluble in water meaning that up till now, in order to infuse food or drinks with Cannabinoids when cooking, you’d first need some oil or fat to bond with the Cannabinoids.

But not anymore, as there are new ways of using different solvents, glycerine, detergents, and other means utilising undisclosed methods to produce water-soluble Cannabinoids. This opens up the potential for a whole series of new novel applications and preparations.

Hemp was previously widely used in topical applications and cosmetics all over the world. Hempseed oil and Cannabis oil has been utilised in the production of various preparations for countless generations.

Topicals are absorbed through the largest human organ, the skin which is packed with Endocannabinoid receptors. They need to be heavily applied though in order to overcome the fact that although the skin has such a large surface area it also has a particularly low rate of absorption.

Topical applications have one of the slowest absorption rates of any cannabinoid delivery methods, however, its effects should last a solid five hours.

A lot of Cannabinoid infused topical and cosmetic products are produced using Cannabis oil as well as Hempseed oil so they’re typically rich in essential nutrients like Vitamins, Minerals, Proteins, and Fatty Acids all of which aid in good skin health.

The primary function of the abundant cutaneous ECS receptors that are found on the nerve fibers and the cells of the skin is to control various functions of the skin cells. So supplementing this system by applying topical Cannabinoids in the form of topical applications could potentially promote and facilitate healthy skin and hair.

Suppositories produced from Cannabinoids can be utilised anally or vaginally.

They are useful when oral ingestion just simply isn’t an option.

Cannabis suppositories make it possible to bypass first-pass metabolism in the liver. This allows the cannabinoids to reach the blood in much higher concentrations and become effective quicker.

CBD suppositories effects will start to be noticeable from 10-15 minutes after administration with the effects typically lasting between 4-8 hours depending on the individual’s physiology and tolerance.

As you can see, there are many ways to consume CBD.

The current plethora of products provides for all needs and lifestyles. Each method of consumption has its own individual advantages that would benefit certain consumers more than others.

Vaporising and Combustion are by far the quickest ways to ingest cannabinoids.

Vaping is easy and discrete thanks to the ubiquitous nature of nicotine replacement vaporisers. Ideal for existing smokers or vaporiser users. Good for those on the go. Obviously, these products are age restricted as they are smokable.

Sublingual ingestion is another popular way to consume Cannabinoids. Using a dropper/pipette to titrate the dose gives you greater control of your daily consumption. The drops are being used by all demographics from Pets to War vets, Children to the elderly.

Topical and Cosmetics benefit from being applied to the largest human organ, the skin but suffer from rather poor absorption rates. Nevertheless, the dermal application of Cannabinoid rich balms and salves provides vitamins, minerals, essential fatty acids and oil-based moisturisers.

This could benefit those who suffer from common skin conditions.

Suppositories would benefit consumers who are incapable, for various reasons of oral ingestion. This method allows for consistent and quick direct dosing. Perfect for carers.

Ultimately, as the science and technology evolves so too does the market. Every day there are new innovations and endless varieties being produced to satisfy all consumer needs.

All vertebrates have an Endocannabinoid system that positively interacts with exogenous Cannabinoids, so ideally we should all be consuming Cannabinoids daily to supplement the deficiency in our own ECS’s caused by nearly 90 years of the prohibition of Cannabis. 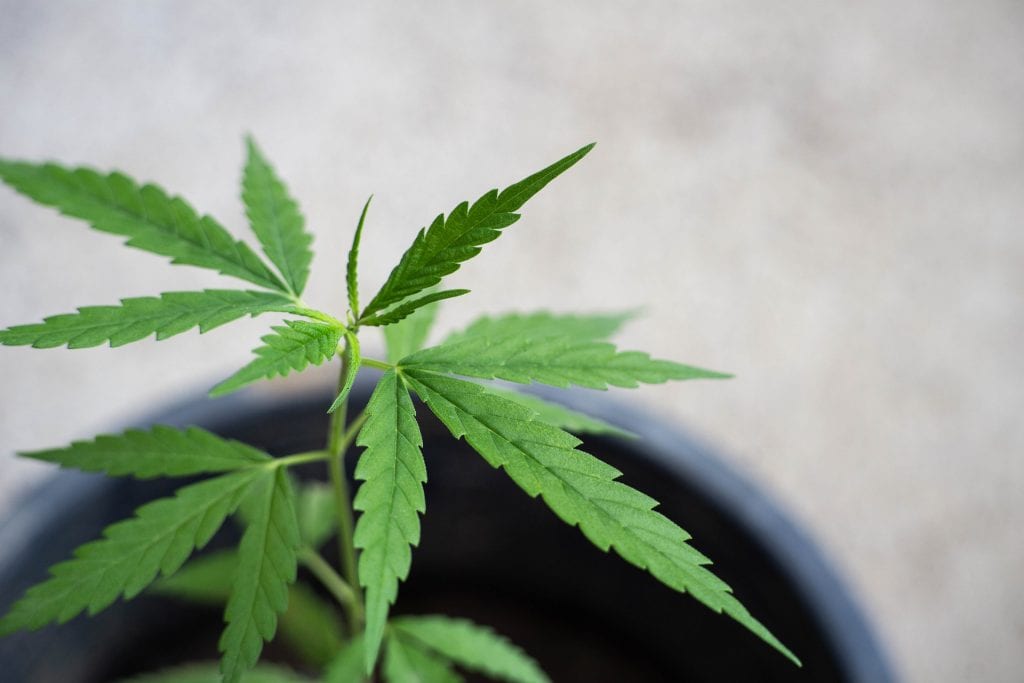 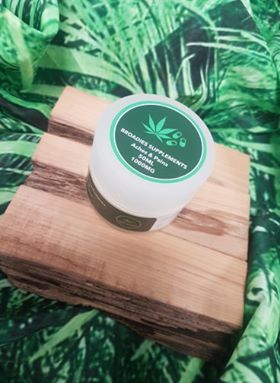